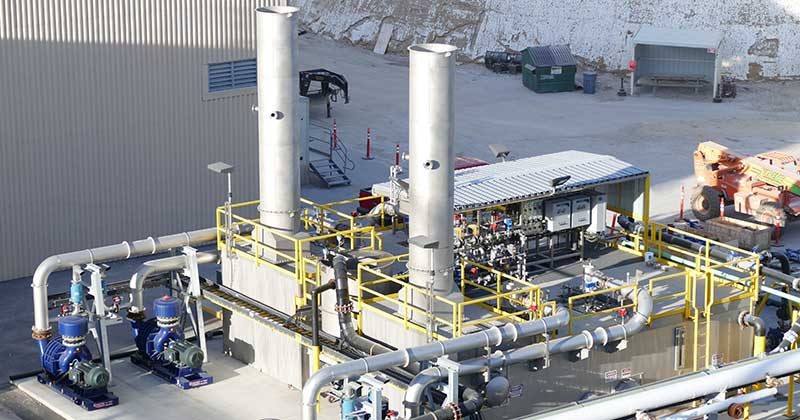 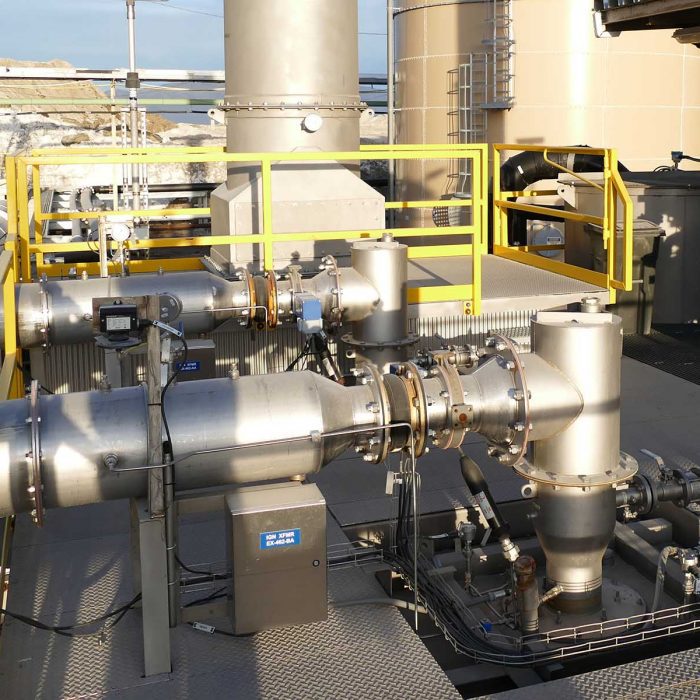 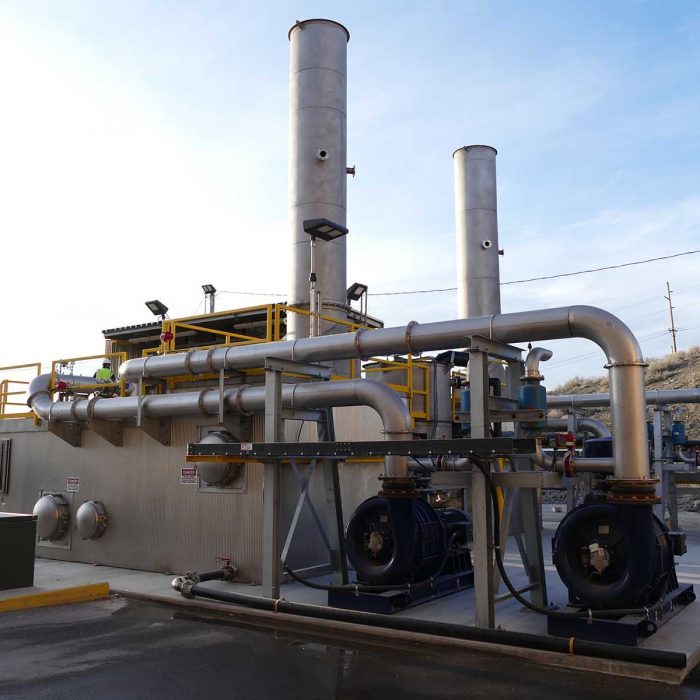 Compass Minerals produces Sulphate of Potash (SOP) and Magnesium Chloride at its facility in Ogden, UT. Brine from Great Salt Lake is pumped into solar evaporation ponds to concentrate the salt content to a point where it can be processed economically into the salt products. Heat for crystallization and other parts of the recovery and production processes is provided by heated process water.

Compass Minerals had been utilizing rented package boilers and direct steam injection to heat the circulated process water. High costs to rent the boilers and low thermal efficiencies led Compass to seek alternate methods to heat the process water. In 2014 Compass Minerals approached Inproheat to supply a SubCom® system that would meet their heating needs to replace the boilers.

Inproheat designed a 30 MM Btu/h SubCom system with internal Heat Recovery Unit to heat process water from 50° to 130°F. A number of alternative approaches were devised to meet the current and forecast future heating requirements, including different burner models and tank configurations. After performing evaluations and cost studies, it was decided to adopt the use of a new higher capacity burner that would have the benefit of reducing the total number of burners and with favourable flame characteristics that would result in a lower tank height.

A two-burner system with modular skids for the combustion air blowers and fuel train were designed to fit into the available space between site structures. The entire assembly was test fitted in the fabrication shop prior to shipment. All of the interconnections, mechanical and electrical, were labelled and match-marked on disassembly for shipping to ensure proper reconstruction in minimal time on site. The system was installed and commissioning was completed in January 2015. The unit is able to heat up to 1100 USgpm of process water.

Compass Minerals initiated an expansion program in 2015. Based on the success of the 30 MM Btu/h process water heater supplied for the existing plant, Compass decided incorporate another SubCom® in the expansion project and to use it to supply hot process water to more of the process unit operations. The design criteria called for the heating of 1100 USgpm from 70° to 170°F. Working closely with Compass personnel and their engineering consultants, Jacobs Engineering, Inproheat designed a system of double the capacity of the previous unit. To enhance operator ease of access, the two side-by-side tanks were connected by a central platform which supported the fuel trains and control panels. Each tank was near-identical to the previous unit. In addition, the working surfaces on top of the tanks were fitted with false floors, underneath which the piping and electrical cables were run. This produced a clean walking surface with no tripping hazards.

The new 60 MM Btu/h system was delivered in June 2016. Installation was completed shortly afterward but commissioning was not undertaken until 2017 when the remainder of the plant expansion was completed and ready for start up.